Home Things to do in sri lanka Bird Watching

The luxuriant jungles of Sri Lanka attract large numbers of feathered beings. There is a plethora of interesting sites that one can visit to enjoy many hours of delightful bird watching. The merry choruses of birds combine with the joyful notes of the frolicking breeze to orchestrate a grand extravaganza for listening ears in these enchanting destinations.

Sinharaja Forest Reserve which is a UNESCO World Heritage Site is one of the most popular destinations among bird lovers. All of Sri Lanka’s 20 endemic rainforest species of birds can be spotted here. Some of the rare and endemic species that are found in Sinharaja Forest Reserve include red-faced malkoha, Sri Lankan blue magpie and green-billed coucal. You will also get the opportunity to see species like white-faced starling, Ceylon hill myna and yellow-browed bulbul. Also you can spot ashy-headed laughing thrush, spot-winged ground thrush, chestnut-winged cuckoo, Ceylon scaly thrush and Malabar trogon. Most of the birds here move around in mixed breeding flocks. So you will certainly be treated to rare and spectacular sights when hiking through its winding trails.

Horton Plains is yet another fascinating spot that one should include in bird watching tour itineraries because is not uncommon to see bright splashes of colour lavishly scattered across the misty tree canopies of the region. Especially in the early morning hours you will be able to see species like Ceylon scimitar-babbler, yellow-eared bulbul, Sri Lanka bush warbler and Sri Lanka white-eye. 87 species of birds have been recorded in Horton Plains National Park.

The beautiful Kumana Bird Sanctuary also richly deserves a visit as 255 species of birds have been recorded there. Large flocks of migratory birds can be found here too, especially between the months of April and July. Rare species like black necked-stork and great thick-knee are among these enchanting visitors.

Bundala National Park where large flocks of greater flamingos can be seen should also be explored by bird lovers. 197 species of birds have been recorded in this national park. This was the first wetland in Sri Lanka to be declared as a Ramsar site. 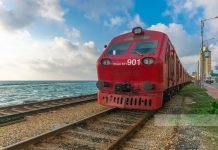 5 days tour itinerary to Sri Lanka is highly recommended for people who are living with a tight schedule and just wanted to have...