Polonnaruwa is a beautiful town located in the North Central Province of Sri Lanka. It is the second most ancient kingdom of Sri Lanka which was established by King Vijayabahu I, in year 1070. The town, which has a remarkable array of ancient ruins, is recognized as a UNESCO World Heritage Site.

Gal Viharaya is one of the most popular tourist attractions in Polonnaruwa. It’s a temple that has four beautiful statues of Buddha carved into the face of a rock. The temple was built by King Parakramabahu I back in the 12th century.

The Royal Palace of Polonnaruwa is yet another magnificent site that must be visited here. It is believed that the palace once had seven stories. Today, only parts of the first three floors can be seen here. Located in close proximity to the ruins of the Royal Palace, is the Quadrangle, which has a collection of interesting ruins such as the Vatadage, Hatadage, Atadage, Satmahal Prasada, Thuparama Gedige and Gal Pota.

The iconic Prakrama Samudraya which was built by King Parakrambahu is truly a beauty to behold. The main reservoir consists of five smaller reservoirs. It certainly is a symbol of the impressive grandiosity of the ancient day.

Some of the other popular ancient ruins in the region include Shiva Devale 1, Pabalu Vehera, Rankot Vehera, Kiri Vehera and Lankatilake. Bicycle tours in the area can be easily arranged. 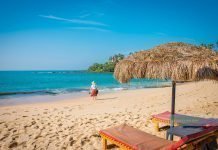 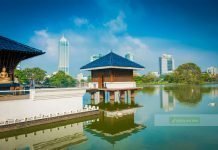