Munneswaram Temple is one of the most important sites of worship in Sri Lanka. The temple complex is popular among Hindus as well as Buddhists. There are five temples in the complex. The central temple is dedicated to Shiva. It is the largest and grandest temple in the complex. The other temples in here are dedicated to Ganesha, Ayyanayake and Kali. The Kali temple is quite popular among Buddhists as well. Munneswaram Temple has a very colourful history. Many believe that this temple was established in 1000 CE. It is also strongly connected to the Hindu epic Ramayana and Lord Rama. They believe that Rama prayed to Shiva on this spot after his battle with King Ravana of Sri Lanka. Sinhala Buddhists associate this temple with goddess Kali. They say that she landed here when she came from India. They believe that Pattini, another local deity prevented Kali from devouring mortals and encouraged her to settle down in Munneswaram. You can visit this magnificent site with great ease when you travel in the island with Green Holiday Centre. Be sure to read all you can about the wonderful stories that are associated with the temple so that your visit will be more enchanting. 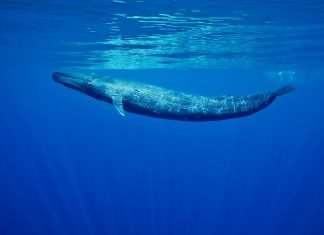 The majestic Blue Whale can truly be recognized as the king of the oceans. These giant beings are the largest animals that planet earth... The charming little island of Sri Lanka is a veritable treasure trove for nature lovers. The country boasts of rich biodiversity. And it is...