The iconic Ketheeswaram Temple is one of the most prominent sites of worship among the Hindus in the country. This majestic temple is truly a remarkable site to behold as it stands tall and majestic, exuding peace and tranquility to the region. Ketheeswaram Temple is located in Mannar, Northern Province of Sri Lanka. The temple is venerated as one of the Pancha Ishwarams in Sri Lanka. It is a highly venerated site of worship, frequented by devotees from all over the continent.

History of the Ketheeswaram Temple

The temple has a very interesting history. Some believe that this holy site was in existence for at least 2400 years. It is believed that the temple existed even before Vijaya arrived in Sri Lanka back in 600 BC. In the Tevaram canon which was written between the 6th and 9th century, Ketheeswaram Temple has been mentioned and glorified. There are several legends that are associated with the temple. Some believe that the father of Mandothari (the wife of the legendary King Ravana of Sri Lanka) built this temple to worship Shiva. Many also believe that the Hindu planetary god Ketu worshipped at this site. The name Ketheeswaram is believed to have been given to the temple due because of this fact.

This regal temple was destroyed by the Portuguese who invaded the island in the year 1505. It is written that while the Portuguese destroyed the temple, there was no resistance by the pilgrims and the priests. The rubble from the temple was used to build the Mannar Fort, Hammershield Fort as well as a Catholic Church. After about 400 years, the local Tamils started working on the rebuilding project of the temple. Several rounds of renovations were carried out in the following years too.

You will be able to visit this beautiful temple with great ease when you are traveling in the area with Green Holiday Centre. Be sure to come clad in decent attire as the temple is a holy site of worship. 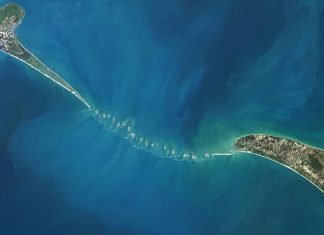 Rama Setu, which is also called Adam’s Bridge and Rama’s Bridge is a chain of lime stones that connects Pamban Island in Tamil Nadu,...