The little island of Sri Lanka fell into the hands of the British Empire back in the year 1815. The country gained independence from British invaders in 1948. From 1505 to 1948, Sri Lanka was ruled by the Portuguese, Dutch and the British respectively. Sri Lanka was called Ceylon back then. Many tea and coffee plantations were also created by the British. From humble beginnings the tea industry grew up to a mammoth industry. And today, Sri Lanka is the fourth largest exporter of tea in the world. A number of schools, hospitals and maternity homes were also created in the country during this era to enhance the quality of life of the locals. As you travel in the island with Green Holiday Centre, you will be able to visit some of the remarkable attractions that bear the symbol of the British Empire. These delightful tours will give you the chance to catch a glimpse of this incredible country’s rich heritage and culture for sure. Nuwara Eliya is one of the most popular destinations in the paradise island of Sri Lanka. It is a city that is resplendent with... 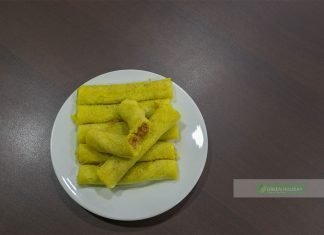 When you hear the word ‘pancake’ you think of a soft, round morsel that practically melts in your mouth. But the scrumptious Sri Lankan...